You are currently viewing our forum as a guest, and as a result cannot view every section. If you wish to apply for membership to opK, please register and look for the application process at the top of the forums. Then follow the instructions listed within.

Join the forum, it's quick and easy
Operation Khaos 2009- Present
Welcome to Operationkhaos.com

You are currently viewing our forum as a guest, and as a result cannot view every section. If you wish to apply for membership to opK, please register and look for the application process at the top of the forums. Then follow the instructions listed within.

Saw this over on their steam group........The first release will be PC but will be coming to PS4 later. From the guys that designed of SOCOM 1 & 2

H-Hour: World's Elite™ is a tactical, team-based, military shooter. Our first release is a core multiplayer experience for PC that includes no less than six maps, four new gameplay modes, and our comprehensive community-building/clan management tools.

A run and gun lone wolf approach quickly results in your death; only by cooperating with your team can you hope to achieve victory. But so many players who would love military shooters are discouraged by what they perceive as brutal competition from day one. Don't worry. We're including mechanisms that not only allow you to play with players at your skill level but teach and encourage you how to play tactically.

The design philosophy is simple: bullets are deadly, you won't take a shot to the head and keep fighting while you miraculously regenerate health. If you are looking for a change of pace from reckless play and want a little more realism in your combat, you'll love the feeling of H-Hour. The game will also monitor your performance, point out what you did right and wrong, and offer strategies for your improvement.

Reality is a theme of H-Hour. The game is inspired by real world events—the personal stories of Special Operations Forces—repurposed and staged in new and equally deadly locations for the purposes of preserving national security. Environments emphasize all the filth, chaos, and visual disruption common to many of the locales where savages plot and launch their insurgencies or terrorism campaigns.

All animations are sourced directly from Special Operations veterans who bring their expertise and decades of combat experience into the motion capture studio and their war stories into our offices. It's hard not to be inspired when you work with these heroes. 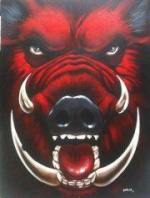 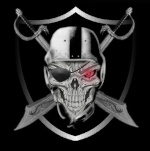 What's up opK? Haven't been on in a while. Where is everybody? I am looking forward to h-hour and just wondering if any of you guys are going to be trying this out?

Sup hits I know phrag been talking about this game, I don't have a ps4 yet or xb1

Page 1 of 1
Permissions in this forum:
You cannot reply to topics in this forum
Log in
Who is online?
In total there are 2 users online :: 0 Registered, 0 Hidden and 2 Guests :: 1 Bot